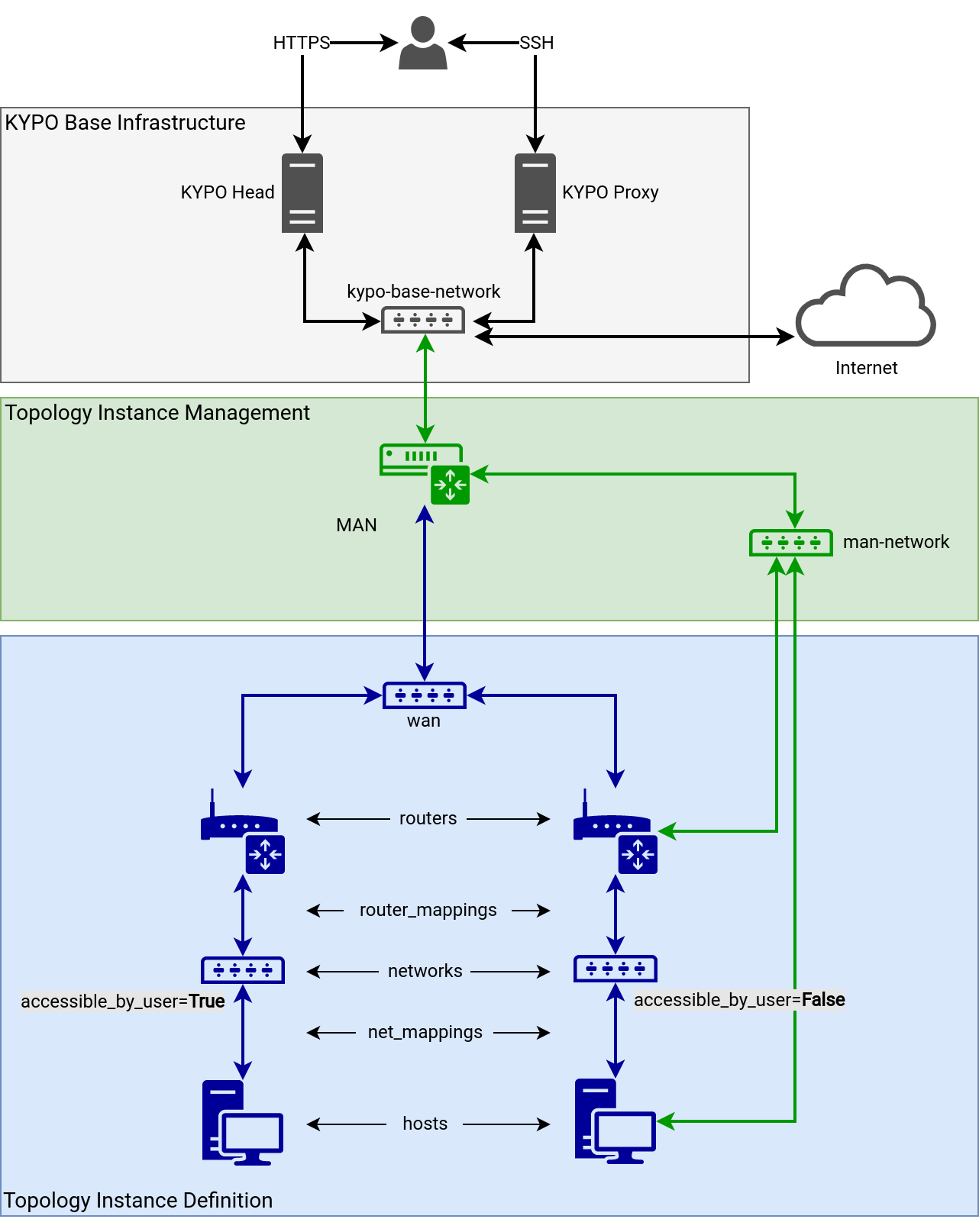 For clarity reasons, there are missing links from man-network to the left Router and left Host.

Every Topology Instance is created with management sub-infrastructure, which consists of the following.